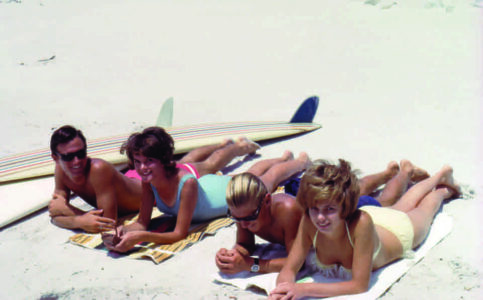 For the first time in its long residency in the Kunstkapel The Warp presents a summer program to dwell particularly on all the elements that are traditionally avoided: long daylight, fewer people in town, and even reduced energies and circumstances… These unusual projects are made as a prelude to Fallouts, the final Warp program in the Kunstkapel presented this autumn from September 21 to December 12  in anticipation of the coming closure of the venue as it enters a winter hibernation of renovation for the coming years.

Summerlessness part I: Ghosts in Broad Daylight (We are Still Referriing to it as a Chapel Are We Not?)
22 August Sunday 2:00

This piece attempts to recreate an actual Sunday Service in recognition of the role the chapel played in the Catholic St Nicholas School for which it was built. While the room was designed as a seminary rehearsal room it did stand in for chapel duties throughout the history of the school. This collaboration brings together two duos: Wilton Carrol and Babette Sauvigny establish a rigorous service based on five dischordian rules while Odile Teretz and Dessy Merrin interlace song sung in Latin.

2: The Distraught Foundation performs The Least We Could Do

A gathering of refugees (from several groups active in Amsterdam with which The Warp has collaborated previously) take up transitory residence in the Chapel, reminding one of another traditional role of the chapel in strong communities. The refugees each offer an image, a sound and position as an act of sharing.

3: Ambulant performs The Mass is Over

A slow summer dissolution to the precedings in this performance which raises the question of where to from here?

Summerlessness part II: Darkness at Noon (Did You Feel Like Ending it All in Art School?)
24 August  Tuesday 16:00

A confounding experience of cinema in broad daylight: the infamous mid sixties Bruce Brown California surfing landmark that graced movie theater screens with a “whole new mode of entertainment” they claimed is here given an unrecognizable makeover both in terms of sound and image… The sounds and images are distributed roundabout the 360 degree space and calls for close attention.

Unfolding – intersection between witchcraft and mathematics- is a work created in 2019. This project is a further exploration of precognition in the arts and in creation. Our media are algorithmic computer music, dance and vocal performance. The electronic music consists of live generated computer music which is created for this project. We deepen the research around the question of training a sensitivity between constructed composition frameworks and intuitive listening. As in ancient divination techniques, a knowledge of events yet to unfold is achieved through the intersection between set frameworks and chaos. We listen to draw knowledge from the silence.
Click here for the trailer.

This unique project has been in development over many decades and has
traveled several continents.
Dead Fish Fuck Creator/performer of sound objects utilizing found materials and experimental playing techniques. Sheet Metal: large plate of metal suspended in space and played by rubbing surface with wooden sticks of various sizes.
Click here for the more information about this performance.